skip to main | skip to sidebar

WHAT WOULD YOU DO WITH A BILLION DOLLARS?

When was the last time a book made you "laugh out loud"? What about a book that was so good, you didn't want the story to end? Billion Dollar Winner - the novel does all that and a whole lot more! 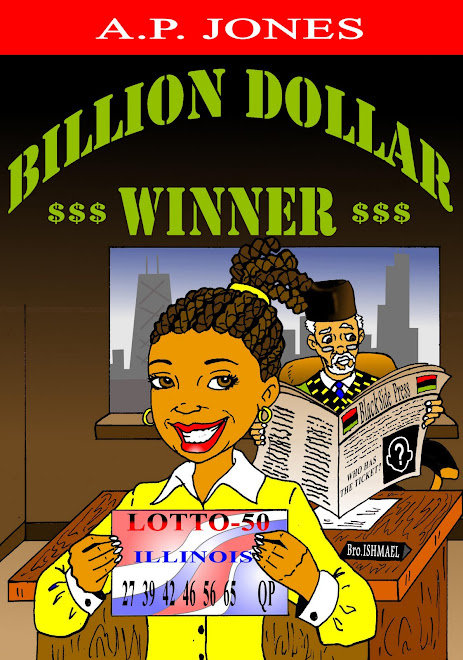 Have you purchased your copy of the book yet? Do it now and get it autographed!

Meet Valencia (Val) Banks Freeman. Chicagoan, WestSider, Malcolm X College graduate, Owner-Publisher of BlackSide Press, the largest community newspaper in the city, Community Activist and winner of one billion dollars from Lotto-50 - the first entire All-Fifty-States lottery. What? An activist winning the lottery? How can that be? True Activists don’t buy lottery tickets. They protest against it.

If you ever listened to black talk radio or seen the activists on television, then you know that they always have all the answers. But seldom do they ever have the money to fix the problems.

Billion Dollar Winner tells the story of what happens when one of the main individuals who protested the loudest against the Lotto-50 lottery game turns out to win the very lottery she so actively disparaged. Will Val remain true to her activist nature? Or will the love of money which is at the root of all evil change her and make her the hypocrite everyone calls her when they find out she won the money? And just how did someone who never bought a lottery ticket in her entire life come to possess it to begin with?
Billion Dollar Winner is the first novel from the award winning journalist Arlene P. Jones of the Austin Weekly News. This is Arlene’s first exploration into fiction and she has hit the ball right out of the park. The story is fast paced, funny, thought provoking and just plain enjoyable